John is an experienced lead counsel in a wide variety of practice areas. He focuses his work in the areas of product liability and toxic torts, fraud and embezzlement and personal injury claims. John is also a seasoned employment lawyer handing all aspects of discrimination, ADA, FMLA and wage and hour. He serves as the head of the firm's Complex Litigation Group overseeing class and collective actions, mass injury product and toxic tort litigation and large exposure matters. 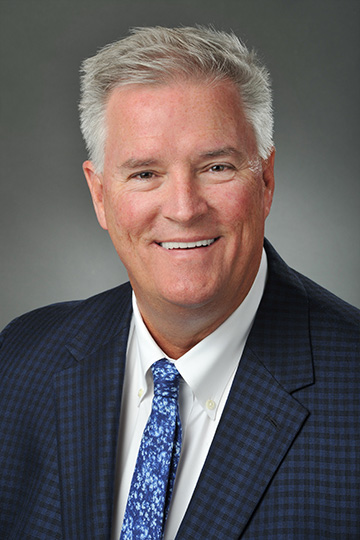 Member of the Friends of Music, Cathedral of St. Philip

John served as lead counsel in the following cases:

John served as lead counsel in a wrongful death claim representing a chemical manufacturer allegedly exposed to hexavalent chromium. He successfully defended this litigation and obtained a dismissal with prejudice. In addition, he obtained a dismissal of a personal injury case involving alleged exposure to lead which decreased the IQ of a young child. John also served as lead counsel in a multi-plaintiff toxic tort exposure case defending a machine and chemical manufacturer.

John was lead defense counsel in a $180 million fraud case against school board members and successfully obtained a dismissal of the action. He also served as lead counsel in a $200 million fraud case filed by Lloyd’s of London against a life expectancy provider. John has a successful track record defending complicated professional liability claims, including wrongful death claims ranging from misdiagnosis to the use of surgical implantation devices. He was also lead counsel in significant RICO, embezzlement and tort cases.

John was lead counsel defending WARN Act and FLSA claims where class certification was sought. He successfully defeated the class certification motion and secured the dismissal of the matter with prejudice. He defended a hospital in a pivotal FLSA lawsuit that challenged the hospital’s entire pay system and involved significant potential exposure. John has been the lead counsel on hundreds of employment discrimination cases and has a long history of success in motions to dismiss, summary judgments, ADR and trial cases.