Brent has represented companies in employment-related litigation and traditional labor matters for over 40 years. In recent years, his practice has evolved to include mediation and arbitration.  In addition to dispute resolution, he counsels clients regarding day-to-day employment decisions with an eye towards avoiding litigation. Brent works with a wide range of companies in a variety of industries, including communications, service, education, non-profit, manufacturing and the public sector. He is a frequent speaker on litigation, employment and labor relations topics for a variety of national associations and organizations; an adjunct professor at Emory University Law School; and is a well-known and respected civic leader in the city of Atlanta.

After growing up in New Orleans, Brent graduated from Morehouse College before attending the University of Georgia Law School, where he was part of one of the first integrated classes. He clerked at Fort Benning during his first year of law school but shortly thereafter, his wife accepted a job in Rochester, NY, so he transferred to the State University of New York at Buffalo to complete his law degree. While in Buffalo, Brent got his first taste of labor law, clerking for Fred Denson, a member of the New York Public Employment Relations Board.

After completing his law degree in Buffalo, Brent was eager to return home to the south. He was offered a position in New Orleans as the first African American Assistant DA but turned down the offer in favor of returning to Atlanta, a city he and his wife had grown to love. He was offered and accepted a position at the National Labor Relations Board, where he worked for three years handling representation and unfair labor practice matters, before Mr. Elarbee recruited him to join Elarbee Thompson in 1980.

Brent has resided in Atlanta for over fifty cumulative years since attending college at Morehouse. He and his wife, Trojanell, who is also a New Orleans native and Spelman College graduate, have one adult daughter, Terrahney, a dentist working in public health. They now reside in Stonecrest, with their dog Nola and enjoy traveling when they can. 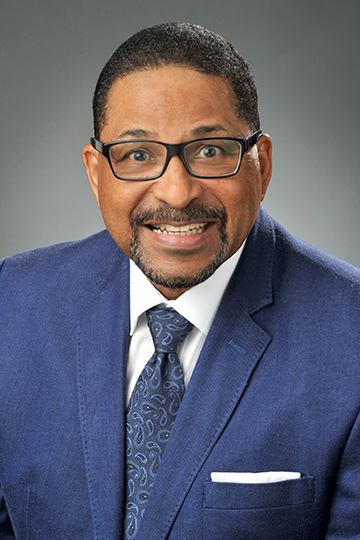 Brent has represented the following individuals and organizations: